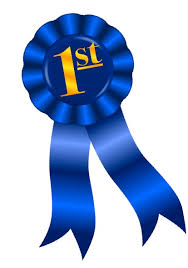 Mabel Lansted used to live in Minnesota before her second husband took her to Arizona and then California in search of warmer weather. Her first husband had died in World War II leaving her alone with two babies, which is when she first learned to “just carry on.” Now, outside Mabel’s living room window, the sun was shining at 9:00 a.m. She was going to write “SUNNY” on her calendar, but forgot when she smelled toast burning.

More and more Mabel seemed to forget little things. She had heard that you could buy more memory for computers and thought it sounded like a good idea. Computers were not part of her life, but her son and his wife used them, as did her granddaughter in college.

Mabel pulled the toast from the toaster and carried it to the sink to salvage it. No sense throwing it away, when she could scrap off the blackened part. That was how she was raised. She saved used bags. She collected cans and bottles when she went for a walk, which was less and less these days. Still, the sun was shining and she decided to go for a stroll before the afternoon wind came up and headed straight for her bones.

The walk to the bus stop on the corner was just long enough. She felt grateful that the bench was there. She was pretty sure she wanted bus 52, but it might be bus 51. They had changed the route number recently, or at least she thought they did. Last time she had ridden the bus, she had ended up on the bad side of town, though she couldn’t remember how. A nice young girl had called Mabel’s son to come and pick her up.

After that fiasco, her son had taken her to see her doctor, who had asked her a lot of silly questions. What year is it? Well, if her doctor didn’t know, why should Mabel tell her? Her doctor was much younger, and it wouldn’t take her nearly as much effort to recall the year. Mabel had almost said “1953” since her son was born that year, but she didn’t. Next her doctor had asked Mabel who lived next door to her. Well, she knew that. That lady with the funny name. She could never remember it, but she was very nice. In the end, Mabel had been happy to go sit in the waiting room while the doctor had talked to her son in private. She could rely on him to get the details while Mabel was happy to watch people coming and going from the office.

It was still sunny when Mabel sat down on the bench, waiting for the #51 or #52 and watching the cars go by. They weren’t anything like the old Studebaker. That had been the first car she and her second husband had bought. It had been cream-colored with lots of chrome and very sturdy. They had taken their summer vacations in it, stopping at road-side rest stops to make sandwiches and use the bathrooms. She could remember that long-ago vacation better than her bus route number.

When the bus arrived, she climbed the steps with care. In fact, she was so focused on the steps that she really didn’t look at the bus number. But it didn’t matter. The bus driver would remember. He had a tattoo on his neck and an earring in his lip. He could have been such a nice-looking man.

She put her token in the slot and headed the nearest seat. The bus started rolling before she could get to her row. The moving vehicle didn’t help her shaky balance, and she was relieved to sit down safely. She would just ride right there until she came back by her stop. When everything looked familiar again, she would get off.

At the next stop, a lady with two little children boarded the bus. They took the seat next to her. She smiled at the little girl with the big brown eyes. She was such a cute little colored girl. Mabel’s son always said not to call people “colored,” but she couldn’t remember what she was supposed to call them. The young mother had her hands full with the little boy, who wasn’t interested in staying in his seat. Mabel tried to help by talking to the little girl.

“And what is your name?” Mabel asked, looking at the little girl with the many braids and peeling fingernail polish.

“I’m not supposed to talk to strangers,” she said, and then left her seat to move to the one behind her mother.

That’s right. She was a smart little girl. These days, people stole children right off the streets. Not like when Mabel was little back home. Streets were flashing by outside her window, but Mabel was thinking about the old days. Back then, when she was little, she used to walk into town from the family farm. If anyone with a buggy, a car, or a sleigh offered you a ride then, you took it. You never questioned their motives. You just hopped in the back and thanked your lucky stars that you weren’t wearing out your shoe leather.

The bus came to a stop in front of a gray building with blinds on the windows and a sign out front. “Planned Parenthood.” Yes, people could plan parenthood now. Why, if that had been available when she was young and married to her first husband, she just might not have been left a young widow with two mouths to feed. But no one ever heard of the idea of “planning parenthood.” You just got married like you were supposed to and had as many children as the good Lord wanted you to. For Mabel and her second husband, that was only one. Her son.

They left the medical buildings behind, and the bus started driving by multi-storied buildings. They didn’t look familiar to Mabel, so she decided not to get off. She would just watch them go by and remember what she could. Back home, when she was young, there weren’t hardly any buildings with more than three stories, and most with only two or one. What were people doing with all those floors? Her son probably worked in one of those of buildings using a computer, but she wasn’t sure.

The big buildings changed to smaller ones housing pharmacies, gas stations, and restaurants she had never heard of. Why didn’t people eat at home? Were they too busy to buy food and cook it? They just lived in their cars, ate on the go, and never bothered to say hello to anyone. That’s just the way it was now. Her son had told her not to talk to strangers on the bus.

“They’ll only think you are a loony,” he had told her. She had seen some “loonies” on the bus, but they usually only talked to themselves.

Before she knew it, they were passing that gray building with the blue sign again. Planned Parenthood. And the lady who had exited there with her two children was getting back on the bus. Maybe that meant Mabel had missed her stop. If so, she really hadn’t noticed. The young lady was more relaxed now, and settling her children into their seats.

“Well, hello,” the lady said, her brown eyes a tired version of her daughter’s. “You were here the last time we were.”

“Oh, I wish I wasn’t,” the young mother said. “I certainly didn’t have time for another child.”

Apparently there was something Mabel missed, but that wasn’t surprising. She seemed to miss more than she caught these days.

“Why, yes,” Mabel said, since she felt she should say something. “I think you have a handful here.” Mabel knew from experience. “I remember when I was all alone and raising two children. It was everything I could do to keep them warm, dry, and fed.”

“So true,” the lady said, casting an eye on her son who looked about three and had decided to sit by himself. “I just couldn’t handle one more. Do you think that makes me a bad person?”

“Of course not,” Mabel said, shifting her purse to her lap so she could twist in her seat and talk to the young mother across the aisle from her. “You are just trying to do the best you can with the two you have. Why would that make you a bad person?”

“Well, so many people think that life begins at conception,” the young woman said. Her son had lain down in the seat and had fallen asleep. Her daughter was puffing warm breath on the window and drawing faces with her fingertip.

“Those people are not raising children by themselves,” Mabel answered frankly. “I remember trying to keep the fire going, do laundry, hang sheets on the line, cook dinner, and then clean the house. The coal for the furnace was in the basement, the clothes line was outside, the washer was in the garage, and we lived on the second floor. I remember clearly—which I never do—that there were nights that I went to bed in my clothes because I was too tired to undress.”

“And my in-laws, my husband’s people, were asking me if I was making sure the children were happy and asking me if I was sure they were eating healthy meals, when I was lucky to keep them safe and didn’t have enough money to feed them much at all.”

“Oh, sister, you are preaching to the choir.”

“It is not for other people to know your business. You certainly can’t live your life so they sleep well at night. For heaven’s sake, there are orphans they could take into their homes. If they are so full of advice about how to raise children, they should be helping those children who don’t have parents. That would keep them busy enough to stay out of other people’s lives.”

“You’re right,” the mother said, and she seemed to be crying and smiling at the same time. “You know, the next stop is mine, so this one coming up could be yours.”

Mabel looked out the window and there was the bench near her corner.

“Why thank you,” Mabel said. “I would have missed it again. Me just talking away and not paying attention.” She reached over and pulled the string to stop the bus.

“No, I’m glad we talked,” the young mother said. “I feel much better now.”

“Well, good,” Mabel said as she rose to leave the bus. It was hard to talk and walk at the same time, so she stood still to talk to the young mother. “You know, don’t let anyone tell you that you aren’t doing the right thing. It’s all we can do sometimes to just carry on. But that’s what’s important. You just carry on with your head up.”

Mabel smiled at her little girl, who smiled back. Colored children were so adorable. She turned and focused on the steps that led from the parked bus. Yes, that was her stop after all. The bus pulled away with the little girl waving at her from the window. Mabel waved back, and then looked up and down the street. She was pretty sure she knew the way home from there.

1 thought on “Scaffolding over Invisible Odds”