There used to be an old wooden bench by the side of the road near Greenfield, California. Behind it lay a field of lettuce with head after head of leafy green pearls strung in perfectly straight strands. The rows spread wide at the road, like an open fan, and joined at a point in the distant foothills. A small, white house sat beside the field, and I passed it each day as I commuted up the highway splitting the Salinas Valley.
Some mornings, the fog barely lifted to the tops of the eucalyptus trees that stood like bristled hairs on the flat landscape. Those mornings, the bench was not occupied. Other mornings were bright, especially after a crisp spring rain. The air buzzed with cropdusters and rainbows arched from the hills to the valley floor. 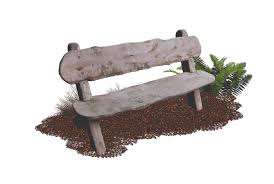 On those good mornings, a man and a woman would come to the bench. The walked slowly as their age dictated. He was a large man, wearing a faded brown jacket and a hat with a sweat-stained band. He walked surely, even with a cane. Staring straight ahead behind beneath the shadow of his hat’s brim, his eyes remained fixed on his destination.

She was tiny and wore all manner of garments, usually at the same time. Several pairs of socks, sensible dark shoes that laced, and a dress that changed only in the color of its small flower print. She wore one or two sweaters, occasionally topped with a coat.
She always carried the same size brown paper bag. I imagined she saved it after each use, smoothing its wrinkles with matching hands and refolding it. No need to waste it. Depression era habits die hard.

They were never early, but I was often late. When I was, they would already be seated on the bench. He, always on the left, she on the right. He stared straight ahead with his hands crossed on his cane, probably guessing the makes of cars that sailed past on Highway 101. She sat dwarfed at his side, chatting away or reaching into the bag and offering him something to eat. Probably a homemade tidbit that had made their kitchen smell of cinnamon and butter.

Two weeks later, they disappeared again, and I tried to be impartial. It’s their life. None of my business. Day after day, the empty wooden bench waited in front of the row crops which were nearly ready for harvest. I tried not to care, but I did.

Another week passed before I saw him, alone, standing at the gate of the white house. Maybe she had a cold. The next day, he was alone again, venturing as far as the end of their white picket fence. The third day, I was late, and he was seated on the old wooden bench. Alone.

Too many days passed, and he was still without her. He gave me no clues, still staring straight ahead. The long summer had changed the velvet green hills to long blond grasses with rusty weeds. As autumn approached, the field behind the bench was disked into naked rows that looked like brown corduroy.

One day, he sat with a small bag in his lap. As I passed, he pulled something out and turned to his left, as if to offer something to someone who wasn’t there. I never saw him again. Weeds grew tall in front of their small white house, and the bench was eventually knocked over. It made me think of my husband and our time together. It was time to quit commuting and go home. 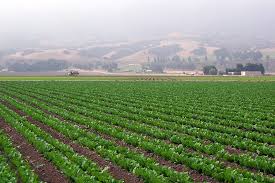