Light streamed into the solarium over the wicker-backed couch with the flower print cushion of pink and lime. Sedona Lakes, the four-year-old son of a hardware engineer and a plant lady, was holding a crystal up to the window. It was a clear tendril from a broken chandelier. He liked the way it made a rainbow across his mother’s computer keyboard. He like how it could scatter light. He liked the way it floated when only he was looking. And the way it fell out of the sky when someone else came into the room.

“Did you drop something, Seddy?” his mom asking, seeing the crystal lying on the floor.

Sedona didn’t answer. He just picked it up and held it up to the window again until it bent the light that was split into colors across the room. 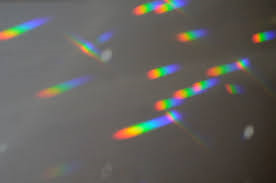 “Should we get ready for school?” his mother asked, grabbing his coat from the hall tree. “It’s almost time to go.”

Sedona kept looking at the prism and the light while his mother manipulated his arms into the sleeves of his coat. The winter sun was always the brightest and the coldest. It spun around him like a lost whirlpool seeking an unknown shore.

“Dad will pick you up tonight,” his mother said, holding him by the hand as she took him to the car. “I am going to my meeting.”

Sedona knew what “my meeting” meant. It meant that his mother would not come home for dinner. His dad would cook hot dogs, and then they would split an orange for dessert. Then his dad would take a can from the refrigerator, go into the living room, and turn on the TV. He would be silly and play for a little while, then he would tell Sedona to be quiet and go away. He would change the channels frequently, get more cans from the refrigerator, and start yelling at the TV.

Usually, Sedona would go upstairs and put himself to bed. Other times, he would go

upstairs, but couldn’t fall sleep because his mother would come home and his parents would start arguing. On those nights, he would take his crystal and climb out the window. Sitting on the tree branch, he would hold the glass up against the night sky. Sometimes he pretended it was a star, and on the darkest night, he would pretend he was in charge of hanging the moon in the sky, and he would attach his glass tendril to a string and hook it to the branch above him.

His mother strapped him in the car seat and drove to him to the special school. She asked him what he thought he would do at school that day, but he didn’t answer. He was busy staring at the paper on the floorboard. He liked the big letters across the top of it. AL-ANON. He liked the tall peaks in the letters and the pattern. A something A. N something N. It had an A like the word Autistic. A something T. I something S.T something. That word didn’t have a good pattern.

His mother parked in the usual place between two white lines. She walked with him to his classroom, but she stopped at the door. She kissed him on the cheek and he walked in alone.

“Good-bye, Sedona,” his mother said. He didn’t answer her. “Remember, Daddy will pick you up tonight.”

He didn’t want to think about that. He went straight to the colorful blocks on the floor in the corner. His teacher would try to make him do other things, or talk, or play a game with the other kids, not that they wanted to play with him. But he preferred to line up the blocks, the way that one other boy in class just wanted to color only with a red crayon. Or the way the little girl would draw only circles on the chalkboard. Sometime he liked the patterns that she made with big and little circles, but not enough to leave the blocks.

Lunch and naptime came and went, and the teacher put the ball in his hands and asked him roll it to her. He did once, and then walked back to the blocks. They were better. She tried again, but soon, she went to the circle girl and tried to have her play with the ball, too.

At the end of the day, the circle girl went home with her mother, and the red crayon boy went home with his. He sat in the room alone with only his teacher and played with the blocks while she read a book and looked at the clock. His father came later and helped him put on his coat.

“Ready to go home, Sport?” his father said, but Sedona just looked back at the blocks, all red, green, blue, and yellow, until his father led him out of the room and he couldn’t see them anymore. There were no papers on the floor of his father’s red car. No patterns to look at.

“I thought maybe we could have hot dogs tonight,” his father said, when the car stopped. Sedona didn’t answer. He looked at the light on the pole across the street. It had a red circle on top, which went away. Then, a green circle appeared below it. “I bought oranges, too,” his father said. “You like oranges.”

His dad didn’t ask questions with big quiet spaces after them like his mom did. She would stare at his face and Sedona wouldn’t look back at her. His dad never seemed to look at him. He just said his words and drank from the can.

Oranges were good, so orange and round. Inside, they had soft segments that made a pattern. After dinner, his dad opened one up like a flower and pulled the pieces off one by one.

“There you go, Sport,” he said, giving all the pieces to Sedona. That was different. Usually his dad ate some too. “I’ll just have a beer.”

It wasn’t long before his dad was yelling at the television. Sedona had gone upstairs and crawled out on the tree branch with his crystal. That’s where he was, looking at stars, when the headlights from his mother’s cars sweep across the front lawn. She put the car in the garage and closed the door. His father’s voice was loud.

“What are you going to those fucking meetings for?”

Sedona did not hear his mother’s voice. Across the hall, the bedroom door slammed.

“Answer me!” His dad’s voice echoed up the stairs. Again, Sedona did not hear his mother’s voice. Just the muffled sounds of crying.

“To hell with you!” his father said, and there was no yelling after that.

The moon shown big and round that night, which was good. Sedona did not want to have to hang up his crystal. Instead, he liked to swing it back and forth, just to watch it move. The rhythm made him feel peaceful inside. He rocked his head back and forth to follow the movement until it started to make him sleepy. The crystal slipped out of his hand.

Sedona watched it fall to the ground, tumbling and twirling until it bounced on the grass below him. He looked down at it, and then tried to look at the moon and the stars. They weren’t as pretty as his crystal. He would need it the next time the moon didn’t come or the stars wouldn’t come to bed with him. Some nights, the moon didn’t come at all.

He wanted to fly down and get it, but he was afraid. The tree was friends with his window, but the ground was not. He crawled back in the window and lay on his bed, watching the patterns on his ceiling. He could not take them out to the tree. He could not hang them like the moon. He pushed his blankets aside and headed down the stairs.

“Where do you think you are going?” his father said, when he walked through the living room. Sedona kept walking toward the front door.

“I asked you a question, boy,” his father said. His father got off the couch and walked past him, standing between Sedona and the door. “Where do you think you’re going?”

Sedona’s father was looking at him across the big quiet space just like his mom did. Sedona reached for the door knob, but his father pushed his hand away.

“Talk to me,” his father said, his voice growing louder. “Why are you going outside?”

“My moon fell from the tree,” Sedona said, and his father stepped back.

Sedona opened the door and headed out to the front lawn.

“Wait,” his father said, following him and calling over his shoulder. “Liza, Sedona talked to me.”

“You’re drunk,” his mother’s voice called from her bedroom.

Sedona picked up the crystal and wiped it on his shirt until it wasn’t wet anymore and all the blades of grass were gone. His father stood beside him, watching what he did and looking up at the tree.

“How did it fall?” his father asked, using a quiet voice.

“My hand let go when I was sleepy,” Sedona said, walking past his father and back into the house. His father followed him in, calling to his mother.

“He’s talking, Liza,” his father said, while Sedona headed up the stairs.

“You’re drunk!” came the voice from behind her door.

Sedona was already out the window and sitting on the tree branch when his father entered his bedroom.

“Sedona, come back inside,” his father said, using his calm voice, but Sedona was too busy hanging up the crystal. He made his way to the very end of the branch, where he tried to put the crystal up between two twigs to be a second moon, but the crystal slipped from his hand.

“Sedona, please,” his father said, reaching out the window as far as he could. Suddenly, his father lost his balance and fell to the ground, twisting and tumbling on the way down the way the crystal had.

Sedona waited for his father to move, but he didn’t. Then, he looked back at the crystal, now catching the light from a passing car and making a rainbow on the side of the house. Sedona smiled and went back to bed. No matter. He would leave his crystal on the lawn. He could get it in the morning before school.